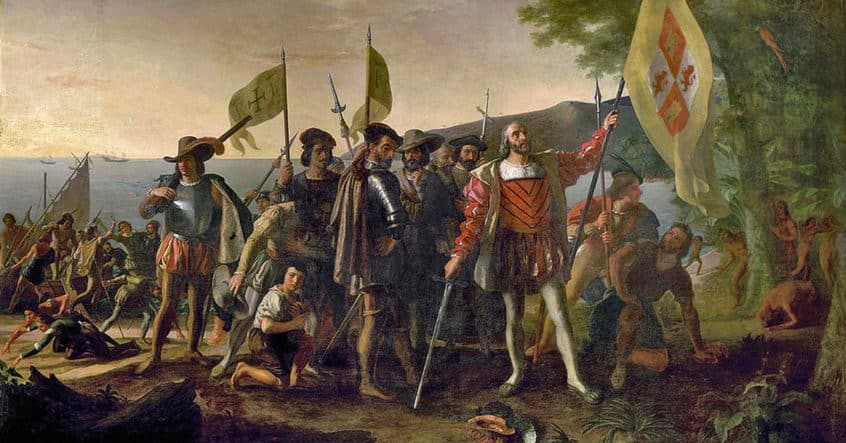 Should City Say Goodbye to Columbus?

An organized effort is afoot to petition the City of Santa Barbara to recognize the second Monday of October — traditionally celebrated as Columbus Day — as Indigenous Peoples Day instead. The Tribal Trust Foundation, a Santa Barbara–based organization that supports and preserves indigenous cultures all over the world, is working with the Barbareño Band of Chumash Indians to introduce a resolution to the City Council, where it would need a majority vote to pass. The resolution would be largely ceremonial, as the city itself does not celebrate the federal holiday, said Tribal Trust President Robert Ornstein, but it could help move California closer to passing statewide legislation.

“The objective of efforts to change Columbus Day to Indigenous Peoples Day is to directly address a deadly wound that was inflicted on indigenous peoples over 500 years ago after Columbus set foot in the Western Hemisphere,” said Ornstein, who noted that more than 100 cities, counties, and states across the U.S. have made the switch, beginning with Berkeley back in 1992. “The genocide inflicted on the native peoples in the name of colonialism and the spread of Christianity to the New World is history that cannot and should not be ignored,” Ornstein said, and the intention behind IPD, as he called it, is positive. “It is to create greater awareness and to open the door to the beginning of a long-delayed conversation.” Mayor Cathy Murillo is supportive of the idea. Calls to representatives of the Barbareño Band were not returned.

Meanwhile, the Chumash are also heading an effort to rename Indio Muerto Street on the city’s Eastside. Long derided as culturally insensitive, the name of the street ​— ​which translates literally to “dead Indian” ​— ​comes from “the discovery of a deceased Indian found in the area” during Captain Salisbury Haley’s 1850 survey of the town, according to historian Neal Graffy’s book, Street Names of Santa Barbara. On September 27, at a location yet to be determined, the neighborhood group the Eastside Action Committee will cohost a town hall meeting with La Casa de la Raza during which participants will select an alternative street name to present to City Hall for consideration. The committee, headed by Mark Alvarado, is also conducting neighborhood outreach, and Councilmember Jason Dominguez, who represents the Eastside, is helping broker conversations with city officials. “Santa Barbara prides itself on its diversity,” said Alvarado. “This would be a true testament to our respect for all cultures.”

The Tribal Trust Foundation is supported by the generous donations of our members. Learn more about how to become member.