Sharing indigenous wisdom and culture in support of Mother Earth and global healing.
Since 1996, the Tribal Trust Foundation (TTF) has been identifying sustainable grass roots projects which will help preserve the living arts and traditional wisdom of indigenous people. Tribal Trust partners with local organizations whose experience and existing relationships can sustain these joint initiatives over the long-term. When the projects are in politically hostile environments, TTF seeks partners who have the political expertise in these high tension areas to insure support and the sustainability of the initiatives. The focus is on capacity building and empowerment processes wherein communities are able to initiate the holistic change they wish to see manifested in their villages and surrounding environment. 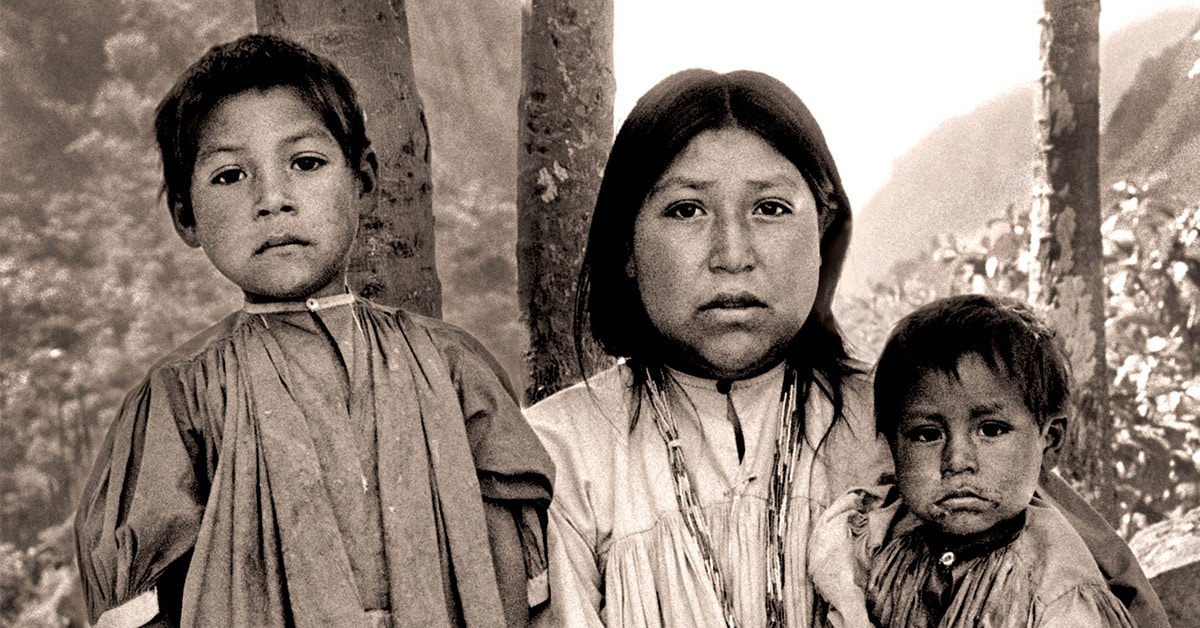 The Tribal Trust Foundation is leading a group of local allies in proposing that the City of Santa Barbara replace Columbus Day with Indigenous People’s Day. We will join 22 other cities across the nation who have already made this change. With this change we honor, celebrate and support the rich and diverse cultures and contributions of Indigenous peoples. Locally, we will be recognizing and honoring the Chumash people as the first people of this region, who have contributed so much richness and wisdom to the environment, culture and community of Santa Barbara.
Learn More 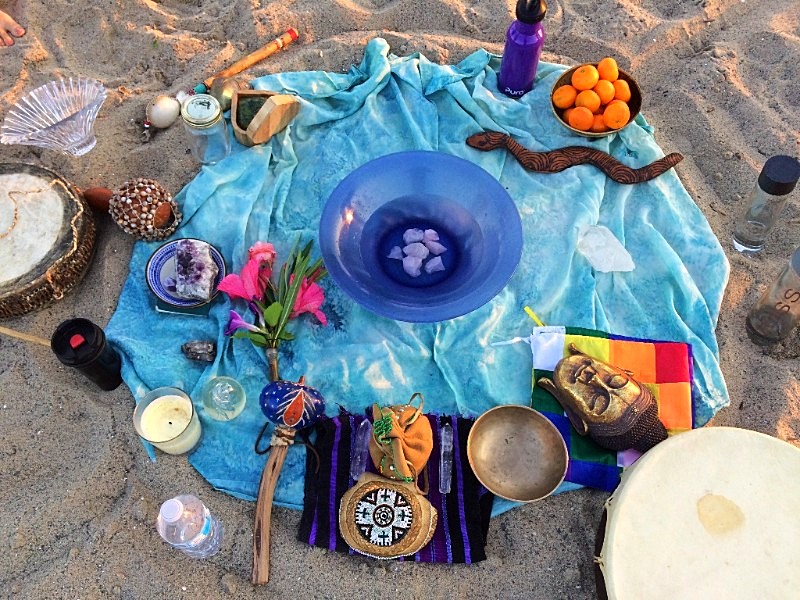 Each month on the full moon, the Tribal Trust Foundation and friends gather together virtually and locally around the world’s waters in gratitude to give and receive our blessings of this sacred source. In doing so, our community deepens our love and honor for water as the source of all life.
Learn More

Documenting the Monpas People of Bhutan 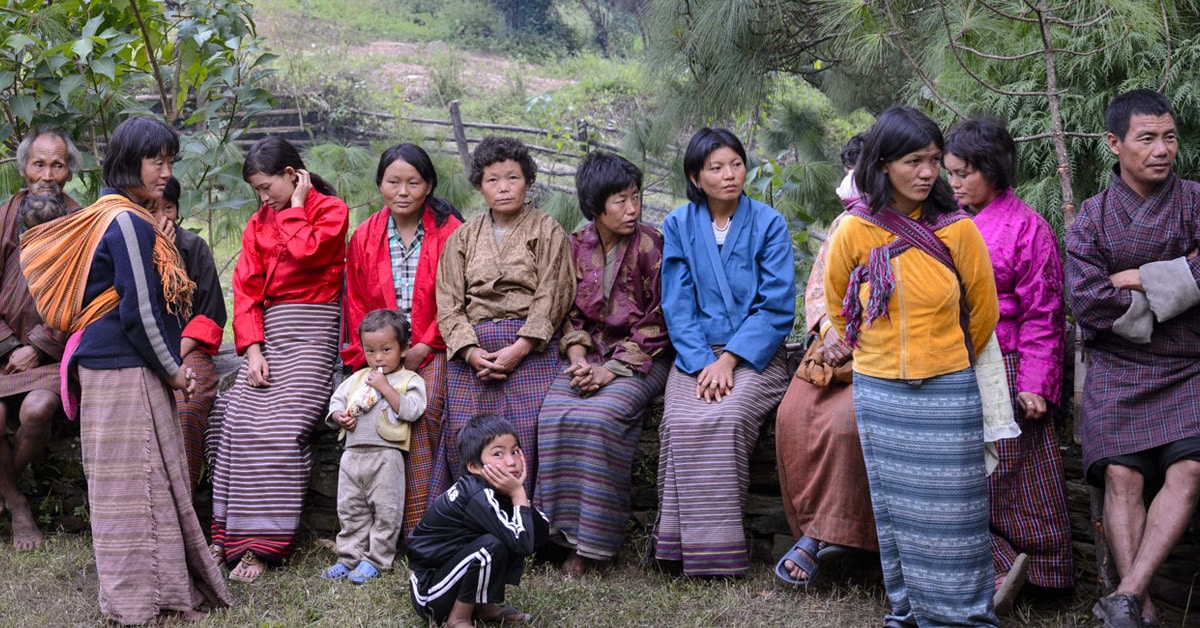 The Monpa are a tribe of indigenous hunter-gatherers living sustainably in the Black Forest, a remote area in Central Bhutan. The difficult terrain and the scattered nature of their communities make it very challenging to access social services and markets. Change is happening fast in the Black Forest. Modern values are intruding and young people are leaving their villages for access to better education and economic opportunities … many do not return. The elders are concerned that their unique language, traditional wisdom and core conscious will disappear very soon.

'Mbuti, Children of the Forest’ 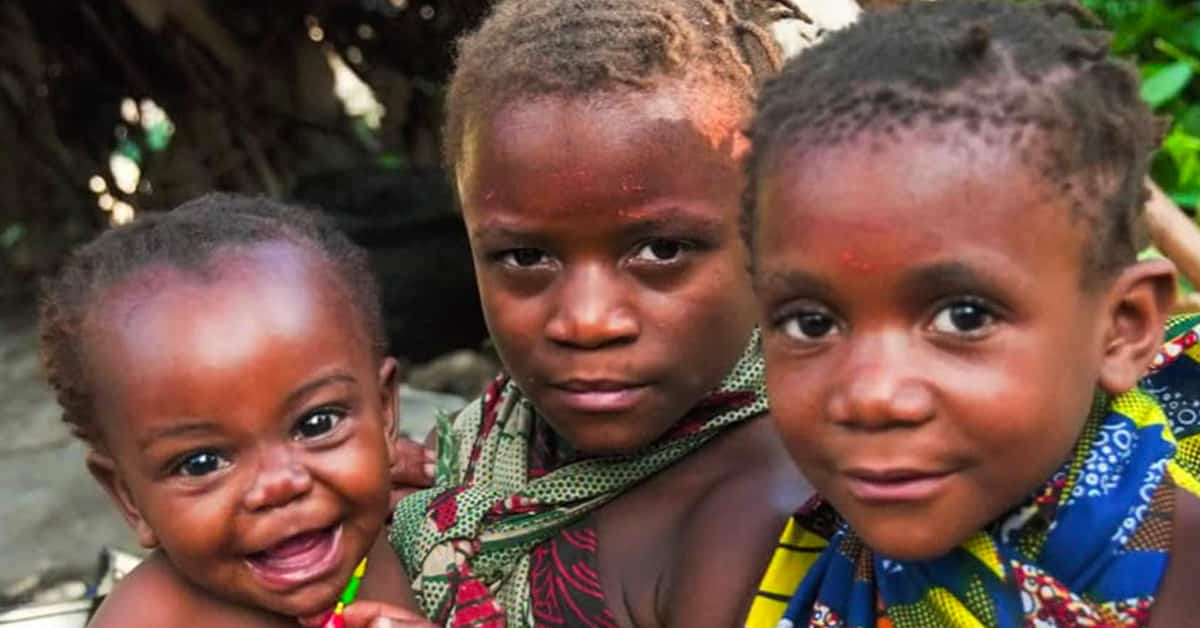 This project sought to bring international recognition to the beauty and importance of BaMbuti art, music, dance, and showcase their indigenous response to life … in order to help defend the Mbuti “Forest People” from enslavement, displacement, murder, and genocide. The Tribal Trust Foundation sponsored the journey resulting in an museum caliber photo exhibit, “The Mbuti: Children of the Forest” featuring 30 original photographs by internationally renown artists, Molly Feltner and Eliot Elisofon; a 5 minute film by Molly Feltner and an optional array of framed three-dimensional art and artifacts by the Mbuti people. This award-winning exhibition is now available for a community presentation in your town. This simple action will continue to contribute towards raising the awareness for supporting the long-term survival of the Mbuti people.
Learn More 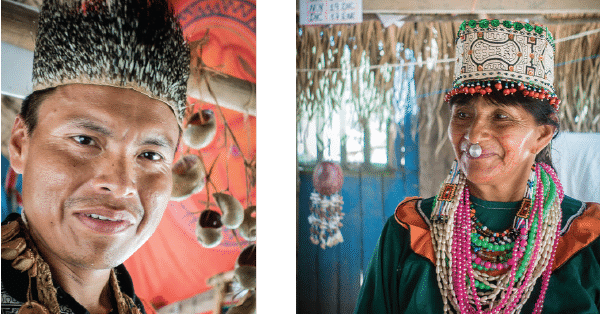 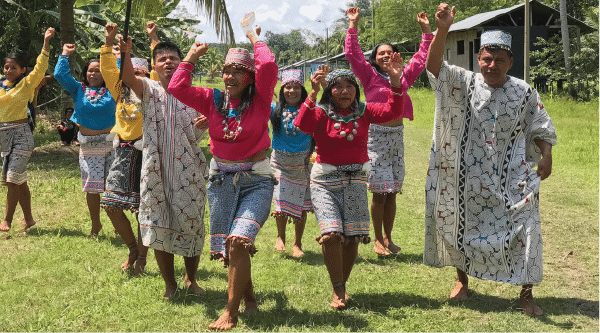 On behalf of the Tribal Trust Foundation, Barbara Savage and Kelly Burke traveled to Peru to attend the Latin America Indigenous Funders Conference in Lima. This conference brings together a diverse array of leaders from indigenous communities, non-government organizations, and groups interested in donating to indigenous causes. The primary focus of this gathering is to spotlight why indigenous philanthropy is an important tool in strengthening the self-development of indigenous communities.

Prior to the conference, TTF partook in two site visits to the Pucallpa Amazon rainforest regions of Peru to interact with the indigenous peoples of the tropical forest - the Shipibo. Only accessible by boat, the Shipibo communities live in traditional settlements and work closely together to protect their forest borders within the Sierra de Divisor National Park. With only small land titles these indigenous communities have been fighting since 2008 to expand their holdings to reflect ancestral territories. In addition, they fight to evict migrants who illegally burn the rainforest to grow cocoa, log the sacred trees and establish harmful mining practices – all of which would destroy their rainforest home forever.

Click the image above to view the Shipibo Gallery by photographer Kelly Burke. 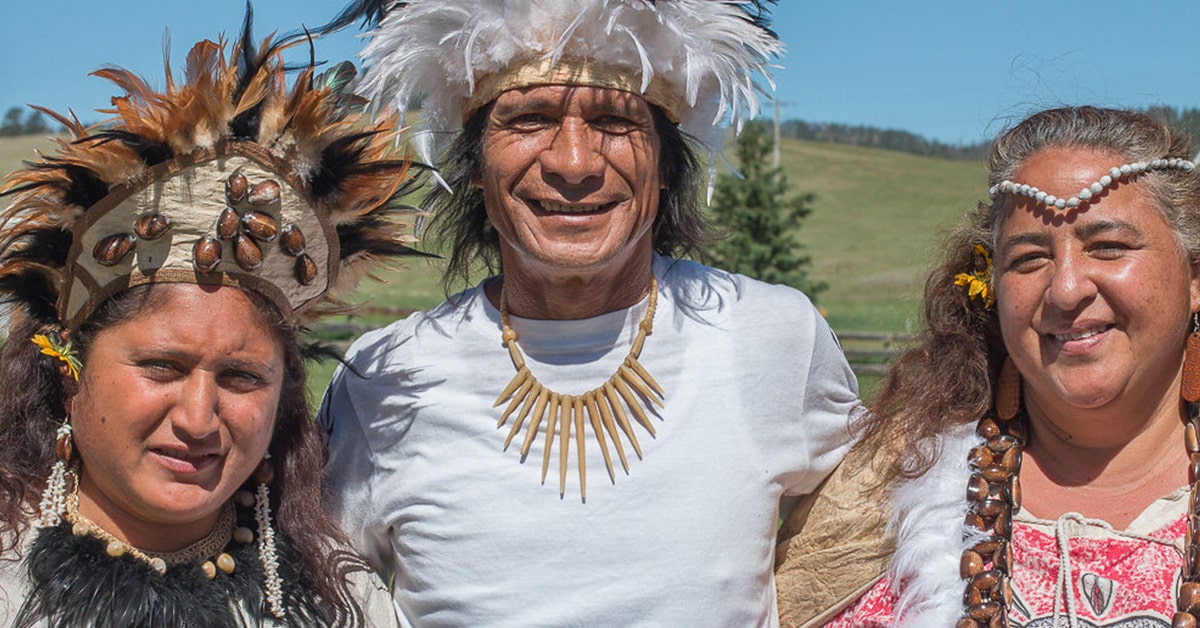 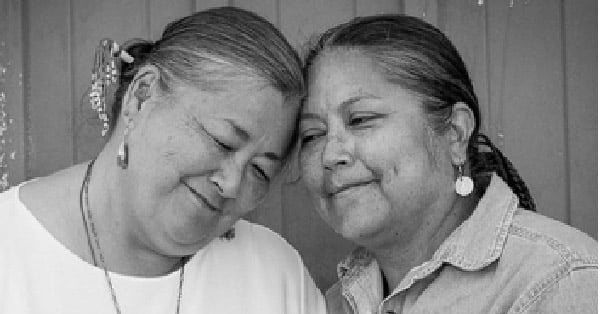 In 2016, the Tribal Trust Foundation helped to facilitate a Spiritual Unity of Tribes, known as the Gathering of Eagles. This event brought together members from various Native American tribes around the United States, as well as members from the Rapa Nui tribe on Easter Island.

The main purpose of this event was to unite the Eagle (from the north) and the Condor (representing the south) in unity as foretold by Black Elk, the renowned Oglala Lakota medicine and holy man.

Four individuals from the Rapa Nui tribe attended the gathering, representing the south. These included Rosa Tuki (a Rapa Nui traditional dancer), Kiri Icka (working with the Earth Ship project music school in Rapa Nui), and Sandra Duarte (an elder from Rapa Nui). The original inhabitants of Easter Island - a remote Chilean island in the southeastern Pacific Ocean - it is believed that the first Polynesian people arrived on the island sometime around 1200 AD.

Other attendees included several Native American tribal members, representing the north. These individuals included Grandmother Sasa, known as the Swan of the North (an indigenous wisdom keeper and teacher), Naomi Tsosie (from the Navajo Nation), and Belinda Eriacho (from the Zuni Nation).

Click the image above to view the Gathering of Eagles Gallery by photographer Kelly Burke.

The San Bushmen of the Kalahari 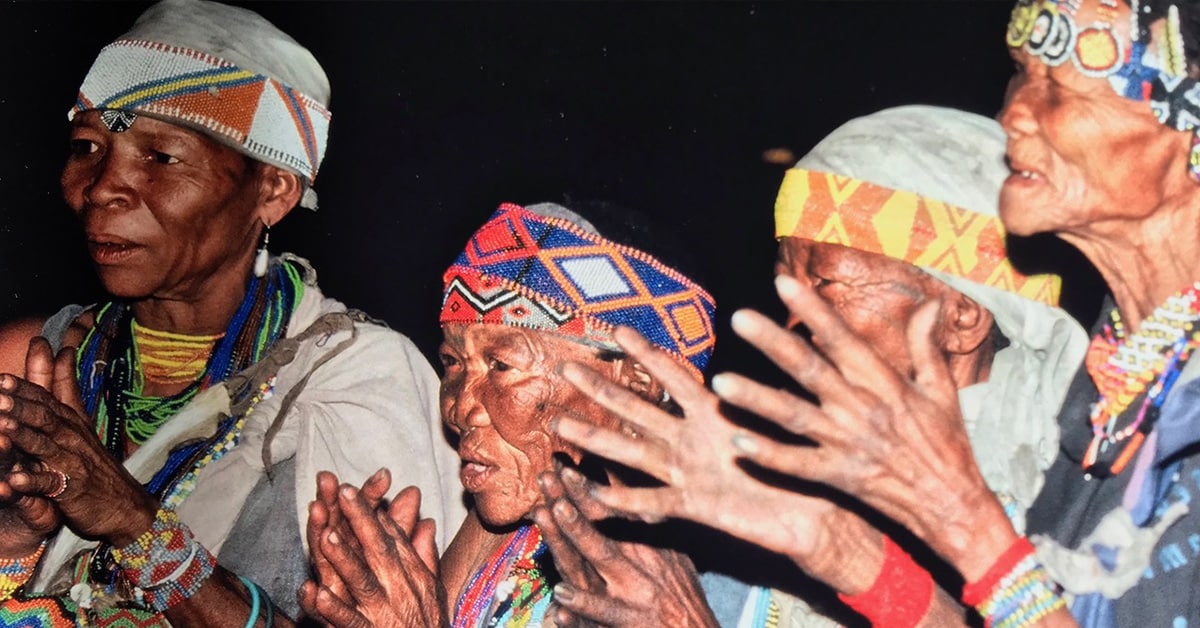 Songs, dances, hunting and gathering skills, as well as the beginning of the male initiation ceremony, including at least three dances that had never been seen before by Western eyes were filmed; photographed each member of the tribe, babies and elders a like; unedited documentation was placed in trust to the San at the National Museum of African Art at the Smithsonian Institution in Washington, D.C. and to the Namibia Museum in Africa; co-produced a dramatic and inspiring documentary showcasing the San culture.
Learn More 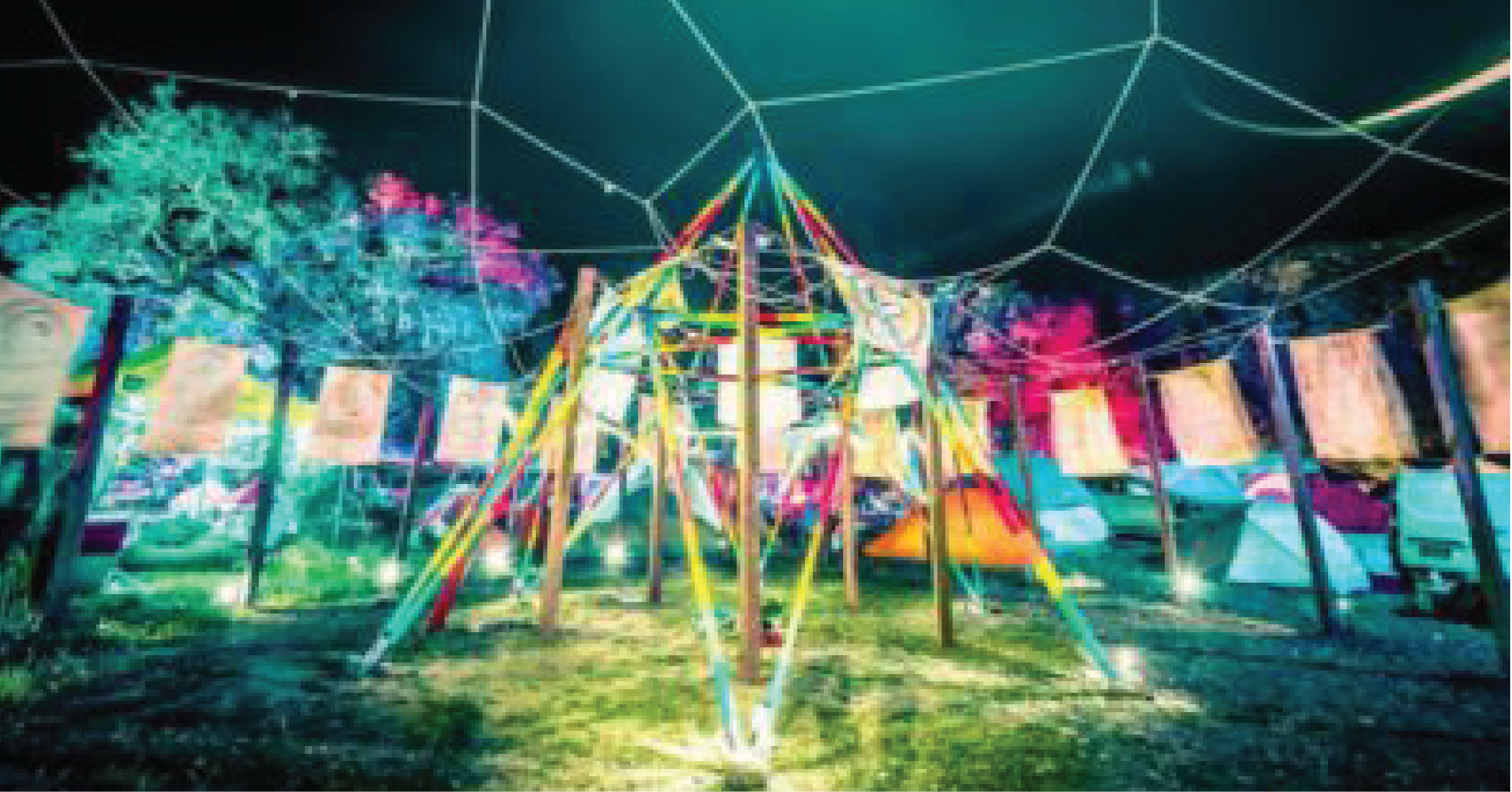 Following Mayan prophecy, our mission is to construct 100 Sixth Sun Dream-Catcher Temples around the planet to anchor in the dream of Unity, Peace & Harmony among all peoples. The first four have been constructed on Chumash lands in Santa Barbara County, California, on the lands of the Medicine Wheel Living Park on Standing Rock Sioux Reservation in South Dakota, on the South shore of Tahoe Lake, CA and in Los Angeles, CA. 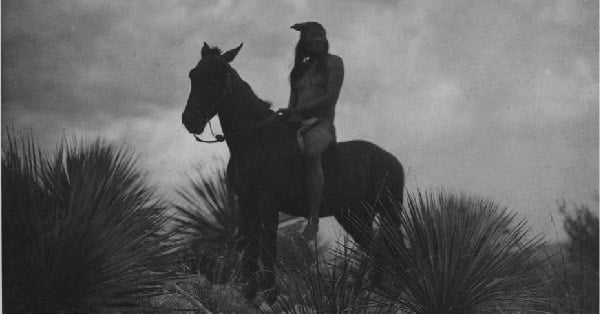 The Tribal Trust Foundation supports the creation of a movement of apology to and reconciliation with the indigenous peoples of the United States. We also offer a Statement of Reconciliation as a model for articulating the processes of reconciliation and forgiveness between all peoples where past wounding or violation has occurred. 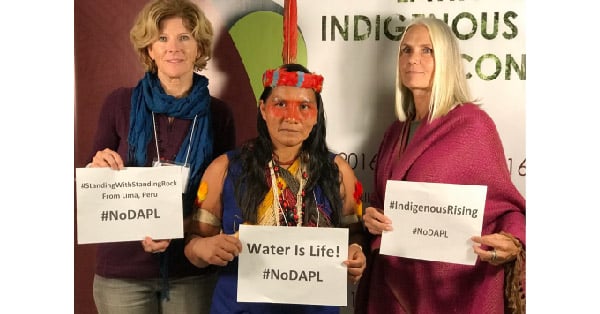 TTF worked with the Standing Rock tribal leadership to raise funds for crucial winter supplies for hundreds of protesters who spent the frigid winter at Standing Rock, and for much needed legal defense funds to deal with the wholesale arrests of peaceful protesters that are rising because of abusive and legally questionable trespassing arrests by the state and county police. Additionally, TTF pushed for declarations and petitions, as well as donations in support of Standing Rock using social websites such as OurRevolution.org, CREDO, MoveOn.org, Human Rights Watch, and Amnesty International. To date, we raised over $55,000. 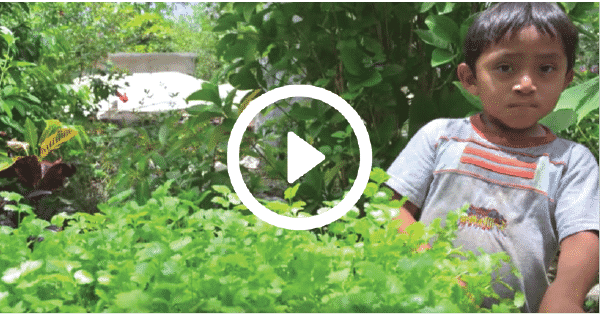 Learn more about The Maya Project in this video.

In responding to the Maya request to help preserve their traditional and sustainable way of life, we addressed the need for environmental justice for the Maya, the original people of this sacred, ancient land. With this campaign, TTF raised global awareness of the Maya understanding for the need of interconnected balance between all Life on Earth and provide opportunities to experience a life-changing interaction with indigenous Maya children and Elders, with environmental activists and educators from around the world.

Voices of the 13 Indigenous Grandmothers 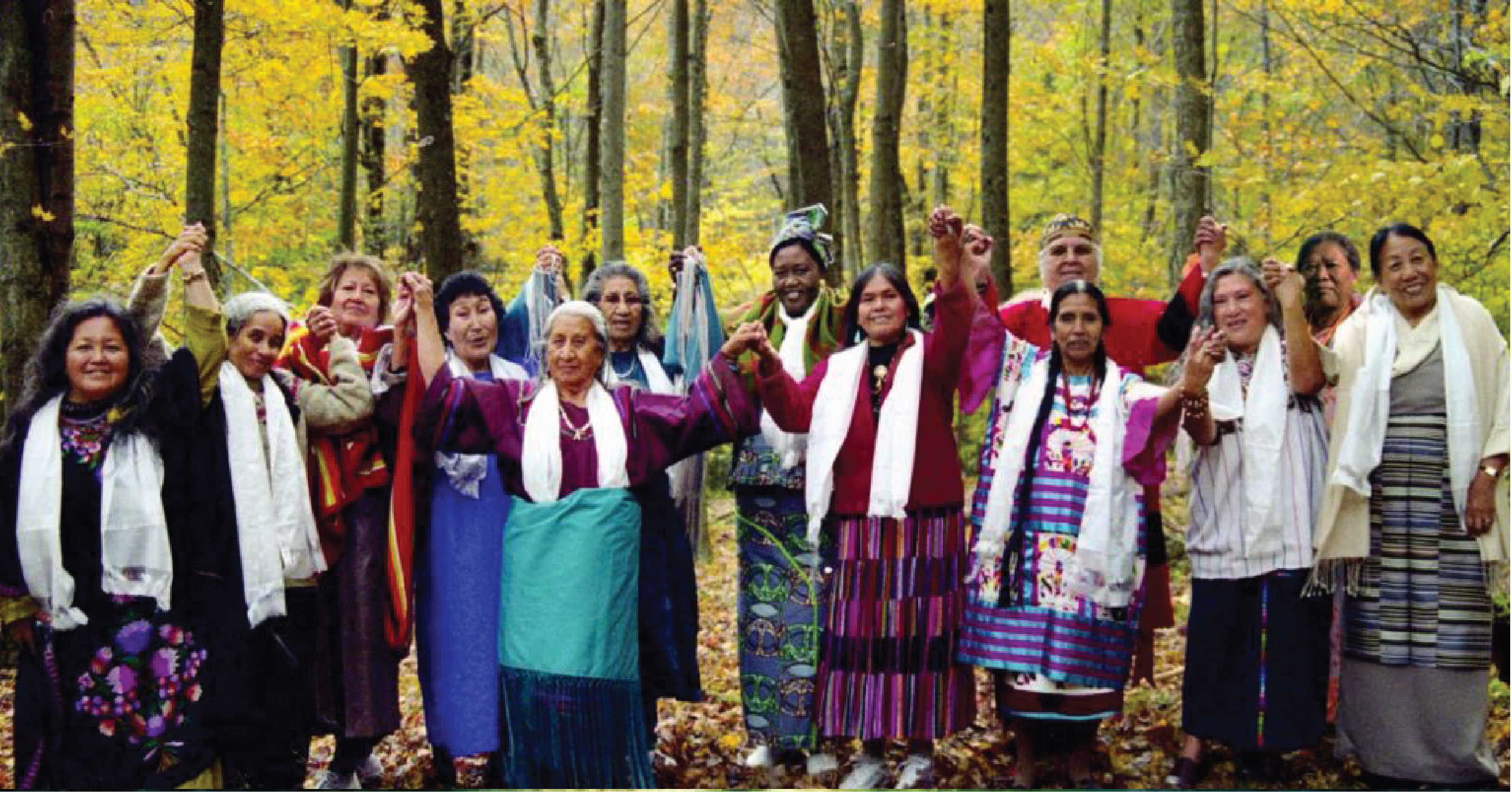 These wise women believe “the teachings of our ancestors will light our way through an uncertain future.” The Tribal Trust partnered with Wisdom Speaks Org in a cultural preservation initiative to spread the message of the “Thirteen Grandmothers." TTF helped to cover the cost of convening the International Council of Thirteen Indigenous Grandmothers and offering honoraria to the Grandmothers for their service and attendance. 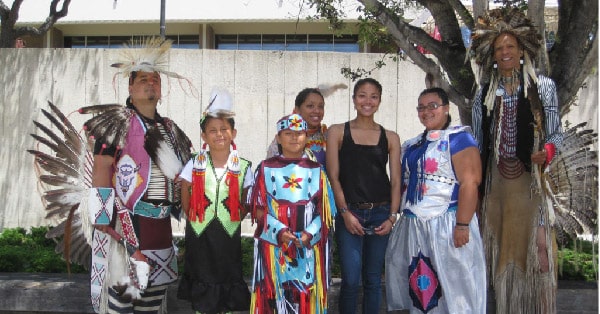 The Tribal Trust Foundation in partnership with the American Indian Cultural Services Equal Opportunity Program (EOP) at the University of California Santa Barbara (UCSB) and the Bank of Santa Barbara provided expertise and support to the students in a workshop where students learned fundamentals of money management. 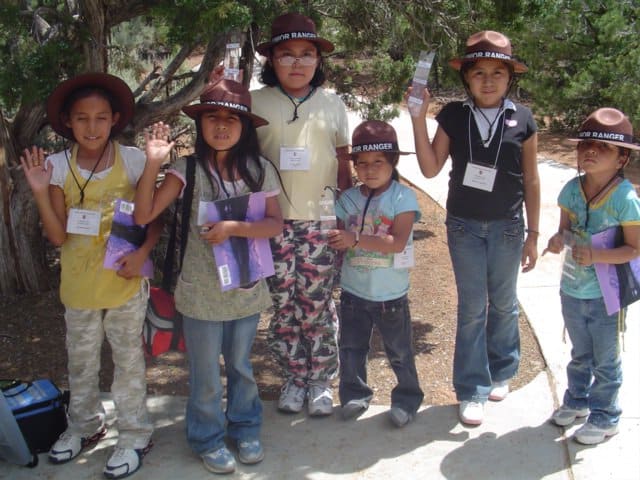 The Tribal Trust Foundation, in partnership with the American Cultural Resource Center of the Equal Opportunity Program (EOP) at the University of California Santa Barbara (UCSB) raised money for cultural preservation projects for the Navajo Nation. Funding provided certified teachers to the Navajo National Monument as paid interpretive rangers during the summer break.

The local youth of Navajo National Monument, (who have been stream lining with Western society and held to the standards of the American non-native ways and education curriculum for about a century), learned about plants and their traditional uses, saw the night sky through native eyes, and learned about the arts and science of their ancestral native people. 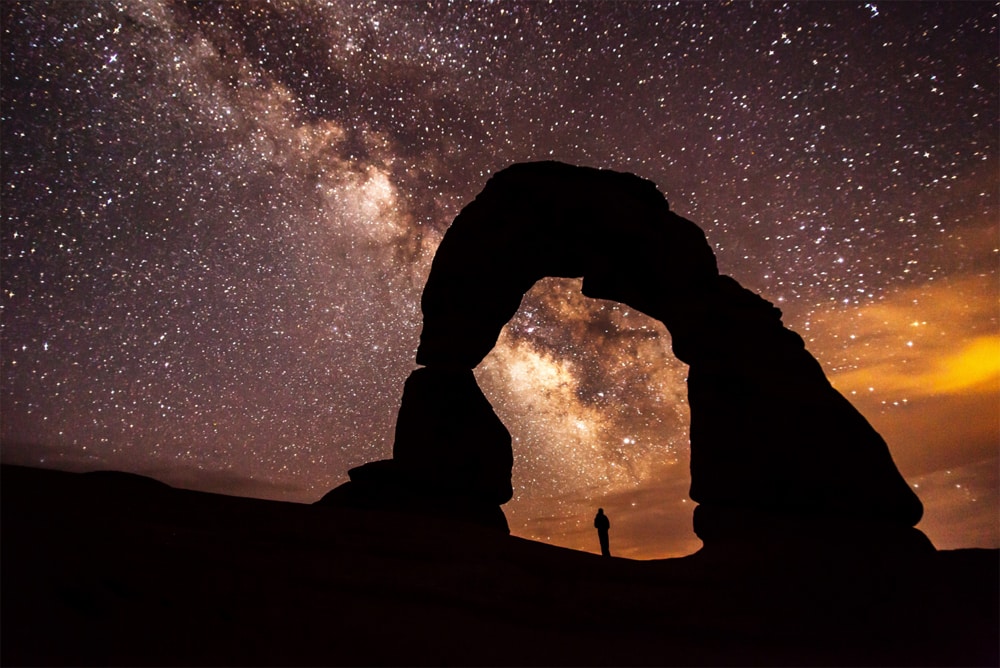 The Tribal Trust Foundation, in partnership with the American Cultural Resource Center of the Equal Opportunity Program (EOP) at the University of California Santa Barbara (UCSB) raised money for cultural preservation projects for the Navajo Nation. Funding provided support for the Navajo Nation Museum and the Navajo Monument’s winter long presentations on Navajo Astronomy for children and adults. The local youth of Navajo National Monument, learned about the night sky through native eyes of their ancestral people. This highlighted an oral tradition of cultural significance, which was on the brink of extinction and now is being carried on to future generations. 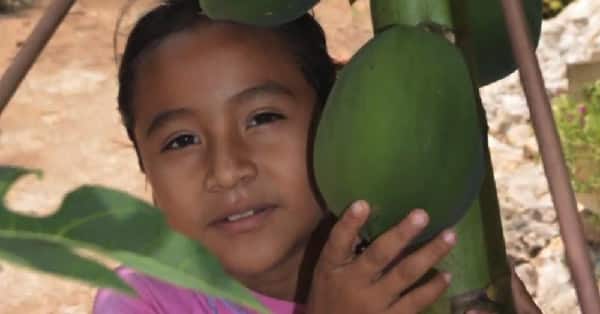 TTF created children’s forest gardening program and funding helped support a shared intention of empowering the indigenous children to be a part of the conservation strategies to save the Maya forest. The Tribal Trust also developed the Maya Forest Garden Coloring Book and helped develop and fund the production of a children’s coloring book about the Maya forest. 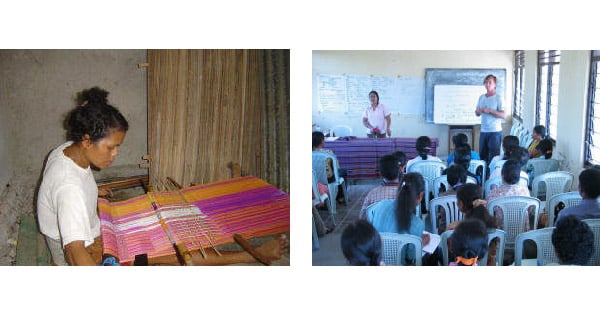 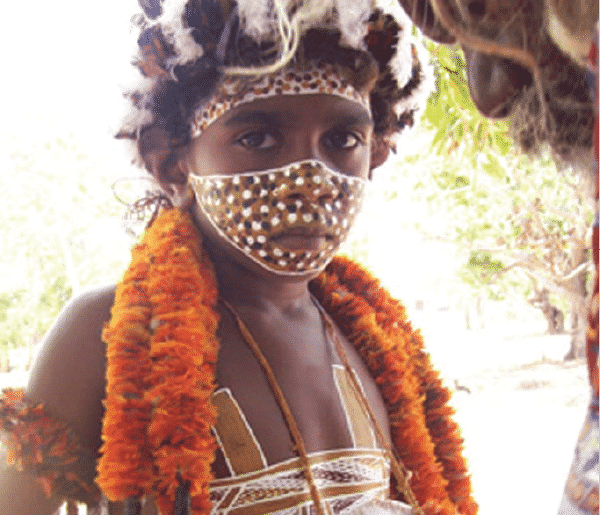 In 2001, the Tribal Trust Foundation participated in the Garma Festival, in collaboration with the Yothu Yindi Foundation - whose vision is a financially, physically and culturally sustainable community for all indigenous Australians. The three main objectives to achieve this are to provide a space in which indigenous Australians can practice, preserve, maintain and present traditional knowledge systems, cultural traditions and cultural practices. These include traditional dance (bunggul), song (manikay), art (miny’tji) and ceremony.

The Yothu Yindi Foundation also aims to develop economic opportunities for Yolngu Aboriginals through education, training, employment, enterprise and personal / community leadership development. Their aim is to facilitate the sharing of knowledge and culture, thereby fostering a greater understanding between indigenous and non-indigenous Australians. 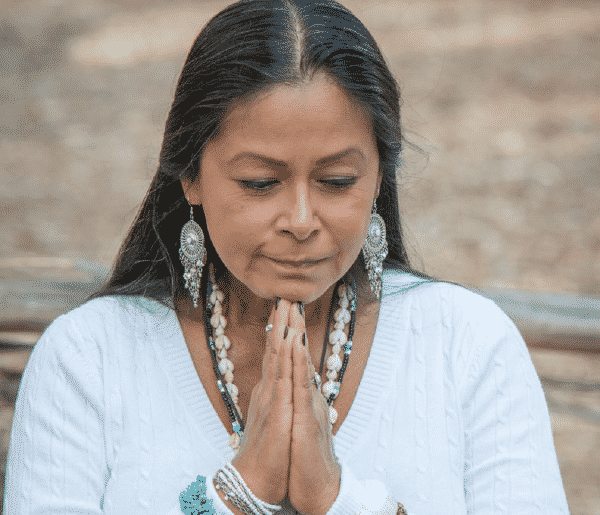 The Tribal Trust helped to advance the conversation for the importance of the women’s roles both in their indigenous cultures and in the dominant culture by engaging the local indigenous community in a cross-cultural preservation initiative. TTF provided support with this project through funding and participation which included research, training, and development. TTF supported Ines Talamantez in organizing and directing the program and funded Sponsors (i.e. Elder Apache Women who are “Godmothers”) as consultants.

The Tharu people are a people of the forest. In Chitwan, Nepal they have lived in the forests for hundreds of years isolated in their own localities. Since the 1950’s pressure from other populations migrating into their region has forced the Tharu into a situation of landlessness and poverty. TTF identified a grassroots sustainable project that would help the once nomadic tribe support themselves in a confined area. The Tribal Trust partnered with Heifers International to send a flock of goats that could survive on the jungle to the Tharu community.

These original hunter-gatherer people, who are now displaced and disenfranchised, have another means to provide food for themselves. Contributed to international awareness that unmarried Tharu women are forced into prostitution and slavery.